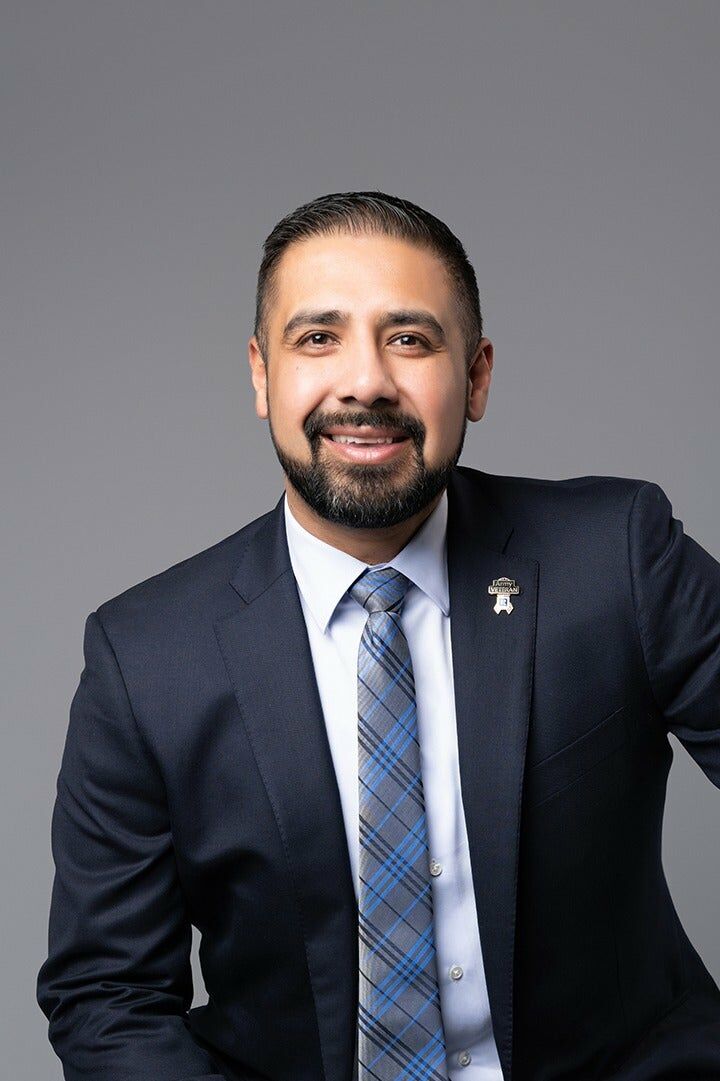 After serving 20 years in the U.S. Army as a Combat Infantryman, he realized that his passion has always been putting the needs of others before his own. Adrian strives to become the Steward of his Profession and is committed to serve all clients as he served his country, honorably. Throughout his military service, he found that trust and education are key factors to establishing a relationship, especially when you are in need of a service, regardless of the service you seek. This is why Adrian prides himself in guiding and educating all clients throughout the process.

In order to earn his clients trust, they have to know who he is and what he stands for. Adrian is married to his beautiful wife, Kelly Espinoza and has 4 children (1 son, 3 daughters). Before joining the U.S. Army, Adrian attended the Arizona Institute of Business and Technology and earned his A+ Certification as a Computer Technology Specialist in 2001. After the attack on 9/11, Adrian found his calling to serve his country and joined the U.S. Army. During his military service, he completed 3 combat tours (2x Afghanistan and 1x Iraq) and visited may countries like Germany, Spain, and Japan, just to name a few. Adrian held many leadership positions, trained hundreds of Soldiers, as well as foreign counterparts, and held many advisory roles throughout his military career. In his 20 years of service, Adrian has been awarded many medals and badges, but the two that are near and dear to his heart are the Bronze Star and Combat Infantry Badge. It is in Adrian's nature to stand up for what is right, protect others and help them prosper.

As his retirement from military service approached, Adrian began to transition out of the U.S. Army in 2018 and became a REALTOR for Coldwell Banker Realty in the Denver Metro Area in January 2019. Throughout his military service he gained experience in buying, selling, and investing in properties which led him to find his second calling in real estate. Being bilingual- Spanish/English, provided him with an opportunity to also help the Hispanic community. Adrian focuses his expertise on the Denver and Colorado Springs metro markets, which includes the following counties: Douglas, Jefferson, Adams, and El Paso. During his first year as a real estate agent, he was awarded the Rising Star Award in 2020, followed by ranking among the top sales professionals in the network and being awarded the International Sterling Society Award. Adrian earned his Graduate, REALTOR Institute (GRI) designation, and is a Certified International Property Specialist (CIPS) and Military Relocation Professional (MRP), which are the mark of a real estate professional who has made the commitment to provide a high level of professional services by securing a strong educational foundation. Adrian prides himself in exceeding his client’s expectations, looks forward to serving you, and with Adrian, you will always have a Soldier watching your back!

For general informational purposes only. Actual rates available to you will depend on many factors including lender, income, credit, location, and property value. Contact a mortgage broker to find out what programs are available to you.

Mortgage calculator estimates are provided by Coldwell Banker Realty and are intended for information use only. Your payments may be higher or lower and all loans are subject to credit approval.

Thank you for your inquiry.